Who am I? I’m a Los Angeles Hypnotherapist 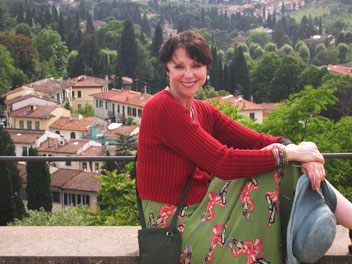 I am a Los Angeles hypnotherapist, writer, a teacher and a life coach. My book Love From Both Sides – A True Story of Soul Survival and Sacred Sexuality, tells the story of my husband dying in my arms and coming back to chat.

Besides being a writer, I’ve studied hypnosis since 1971. Over the years, I’ve helped hundreds of people lose weight, quit smoking, and make empowering lifestyle changes. Because I’m also a teacher, I explain how our computer-like brain works and then teach my clients a skill-set that helps them to re-program their own brain. It’s like fixing a glitch in the wiring or like a riding a computer of a pesky, hijacking internet virus.

Scientific research proves that once people change their thinking, they actually change the physical structure of their brains. Because of that, they’re freed of self-destructive behaviors that ruin lives and steal happiness.

To do this, I use hypnosis, along with techniques from Cognitive Behavioral Modification and Guided Interactive Therapy.

When I was 18 years old, I didn’t have the money to go to college, but I wanted to be a doctor, so I went to work for an orthopedic surgeon. One morning, however, I woke up in such excruciating pain that I was unable to walk, or even bend my elbows to comb my hair – every joint was swollen and painful. After six weeks in a hospital, the doctors said I had rheumatoid 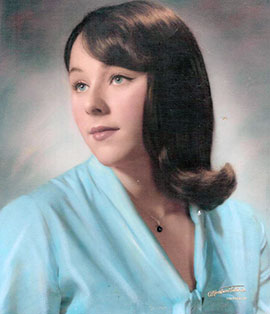 arthritis, and assured me I would be completely crippled by the time I was thirty. They prescribed massive doses of prednisone, and sent me on my way, limping, and still in constant pain. A year later, when I couldn’t breathe because of excruciating chest pain, I found myself once again flattened in a hospital bed. But by now, exhausted by my persistent physical problems, all I wanted was, “out.” I simply wanted to die. And die, I almost did. It felt as if all I needed to do was to “let go” of an invisible bar extended above my head, and I’d be free. And so I let go. Immediately, it felt as if I was falling, and sliding down into a warm amber light; I knew I was dying. I felt so relieved. But then something strange happened. A powerful, invisible force grabbed me by the scruff of the neck and yanked me back into my body. It was as if my body had screamed, “You may not want to live right now, but all of us 120 trillion cells do. So get a grip, Girl! You’re only nineteen!” And so there I was, back in my body, in searing pain, but I knew that I would live.

That describes a classic Near Death Experience or an NDE. But it happened in 1966, long before Elisabeth Kübler-Ross, Raymond Moody, MD, and Brian Weiss, MD made Near Death Experiences something acceptable to chat about on Oprah. Everyone would have thought I was crazy, so I kept it to myself.

Five years later, by the time I was 24, because of the continuous high doses of cortisone, my hip joints began to dissolve and my doctors told me I would soon be crippled. Because of that terrifying news, I took drastic action. I gave up on traditional Western medicine, allopathic medicine, and looked elsewhere for answers. Thus began my life-long journey into the world of alternative healing practices, and toward finding a way to heal my own body.

First I met the respected pioneer of alternative medicine, Henry Bieler, MD, author of Food is Your Best Medicine. I followed his strict protocols and slowly began to heal. By the mid-1970s, while living in New York City, I began exploring the mind/body connection. I contacted Jane Roberts, author of the Seth Books, Seth Speaks, and The Nature of Personal Reality, and by using the practical exercises so clearly described in those books, I was able to heal my damaged body. I went on to study hypnosis, Qi Gong, Acupuncture, and Iyengar Yoga – all disciplines I still use to keep myself healthy.

During the 1980s, I worked for the UCLA Neuropsychiatric Institute, doing the field research that would become the DSM III, (R) – it’s the manual that mental health professionals use to diagnose mental disorders. While interviewing hundreds of people, I saw first hand that it’s not what happens to you that matters, it’s how you choose to react to what happens to you that determines your health. Your life. That realization informs much of the work I do as a hypnotherapist. I help my clients change their perceptions, and access their own untapped power to achieve their goals.

By late 1989, after years of friends saying, “Gee, you’re pretty enough, why aren’t you married?” I finally met a tall, dark and handsome lawyer. He asked me to marry him on the fourth date, and we got married two months later. It felt to me as if I’d finally found my own Prince Charming. Unfortunately, twelve years later, he died in my arms. Just as he died, however, I “heard” him yell, “Free at last! Thank God Almighty, I’m free at last!” Skeptical at first about my ability to “hear” my newly dead husband, I was ultimately forced to believe in the In-Between, as the Buddhists call it because he came back to me with a fierce, unrelenting force. Reluctantly, I overcame my own disbelief and began to “listen.” Eventually, I learned to channel, and then for over a year, he led me on a journey into the In Between.

Once again, my book, Love From Both Sides, takes readers along on the vibrant, exciting ride through that seemingly exotic realm.

Later, as my channeling skills developed, I discovered that there are no coincidences and that my almost dying more than 30 years before was no accident at all. That in fact, I was in training to be a channel, a healer, and that I would act as “a typist” for an entity known as Cobalt Blue. I have now “typed” three books, which, much to my chagrin, use my own life experiences to illustrate much of the books’ easily accessible and valuable material.

Things come full circle – when I was young, I wanted to be a doctor. Traditional Western medicine would have frustrated me, however, and I feel fortunate that my soul’s purpose “to heal and make people happy,” was answered in my present work. I’m one of the lucky people who get to say, “I save people’s lives.” I love what I do. And that makes me happy, too.

If you need help and can’t come to see me, then please order “Power Tools of Transformation” Audio Series.

** Disclaimer – Individual Results May Vary.  Hypnotherapy treatments are not a substitute for medical diagnosis and treatment, and no medical claims are made regarding these treatments. People with serious conditions should consult their doctor.